Krakow – the congress capital of the world! 61st edition of ICCA starting on 6 November

The 61st edition of the ICCA, one of the most important events in the events industry to be held under the theme Together we Can this time will start on Sunday, November 6, at the ICE Krakow Congress Centre. The capital city of Małopolska can feel greatly distinguished because of the global importance of the four-day congress organised by the International Congress and Convention Association. Krakow5020 is the operator of ICE Krakow, the main host of this unique event. 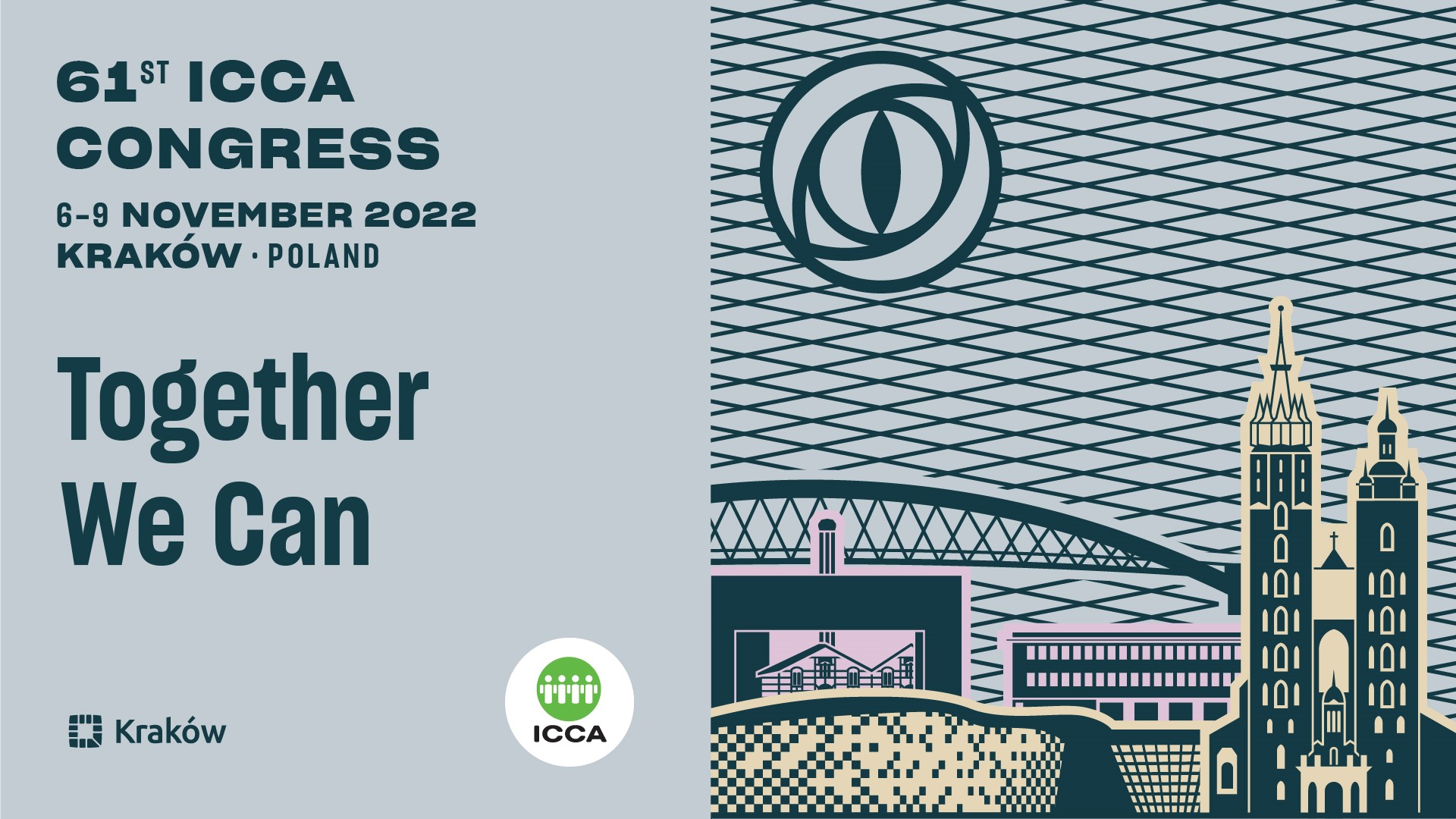 ICCA is probably the largest and the most influential organisation worldwide that gathers organisers of conferences and congresses from all continents. Every year, more than 1 thousand of the most experienced professionals come together to discuss changes, innovations and challenges in the meetings industry. ‘Knowledge sharing is necessary to develop congresses and associated events organised in different parts of the globe. We are proud that ICE Krakow hosting the ICCA Congress will be a space for the exchange of experience, practices and voices from so many business tourism experts, congress venue operators, PCO companies or associations’, said Izabela Błaszczyk, Krakow5020 President. Krakow had to go a long way to be able to organise the upcoming edition of the event. The host selection process began in the spring 2020 and had many stages. It is worth mentioning that two virtual inspection visits were carried out in the selection phase. For the first of these, which lasted almost five hours, four films were produced in record time, more than 30 MICE stakeholders were involved and the entire visit was broadcast live from a virtual studio. The determination and great professionalism of members of the host committee were the reason why the next edition of ICCA will happen in the capital city of Małopolska.

Diversity and equality in employment, sustainability and environmental protection are the key issues that will be addressed during the lectures, panels and workshops of this year’s congress. Some sessions and accompanying events will offer an opportunity to present offers of states, cities and regions (e.g. Gyeonggi, Inchon, Songdo, Edmonton, Bergen, Copenhagen or Polish regions such as Mazowsze and Podkarpacie).

The official opening of the congress will take place in the Auditorium Hall of the ICE Krakow Congress Centre on 6 November. Guests will be welcomed by President of the City of Krakow Jacek Majchrowski, Secretary of State in the Ministry of Sports and Tourism Andrzej Gut-Mostowy, ICCA President Senthil Gopinath and Executive Director James Rees. The closing ceremony is planned on Wednesday 9 November when the new management board of the Association will also be announced.

The new dimension of the need for solidarity in the face of the war in Ukraine provided an important backdrop in the process of constructing the agenda of the congress, which this year is being held under the theme of Together we Can. It is worth mentioning that a collection of gifts for young people from Ukraine will be held during the event.

The majority of events during the 61st edition of the ICCA Congress will take place in the ICE Krakow Congress Centre operated by Krakow5020. Some events are planned in other locations in the capital city of Małopolska such as the TAURON Arena Krakow, Stara Zajezdnia Krakow by DeSilva and in the Juliusz Słowacki Theatre.