Life preferences of women in Poland

Results of a study carried out by the Institute for the Development of Information Society which looked at life preferences of women including those living in Małopolska were presented in the Wyspiański Pavilion in Krakow on 21 October. 1229 Polish women took part in the research. The project made it possible to learn about the respondents’ opinions about the decisions they make, determining factors and the perception of their family and professional roles.
. 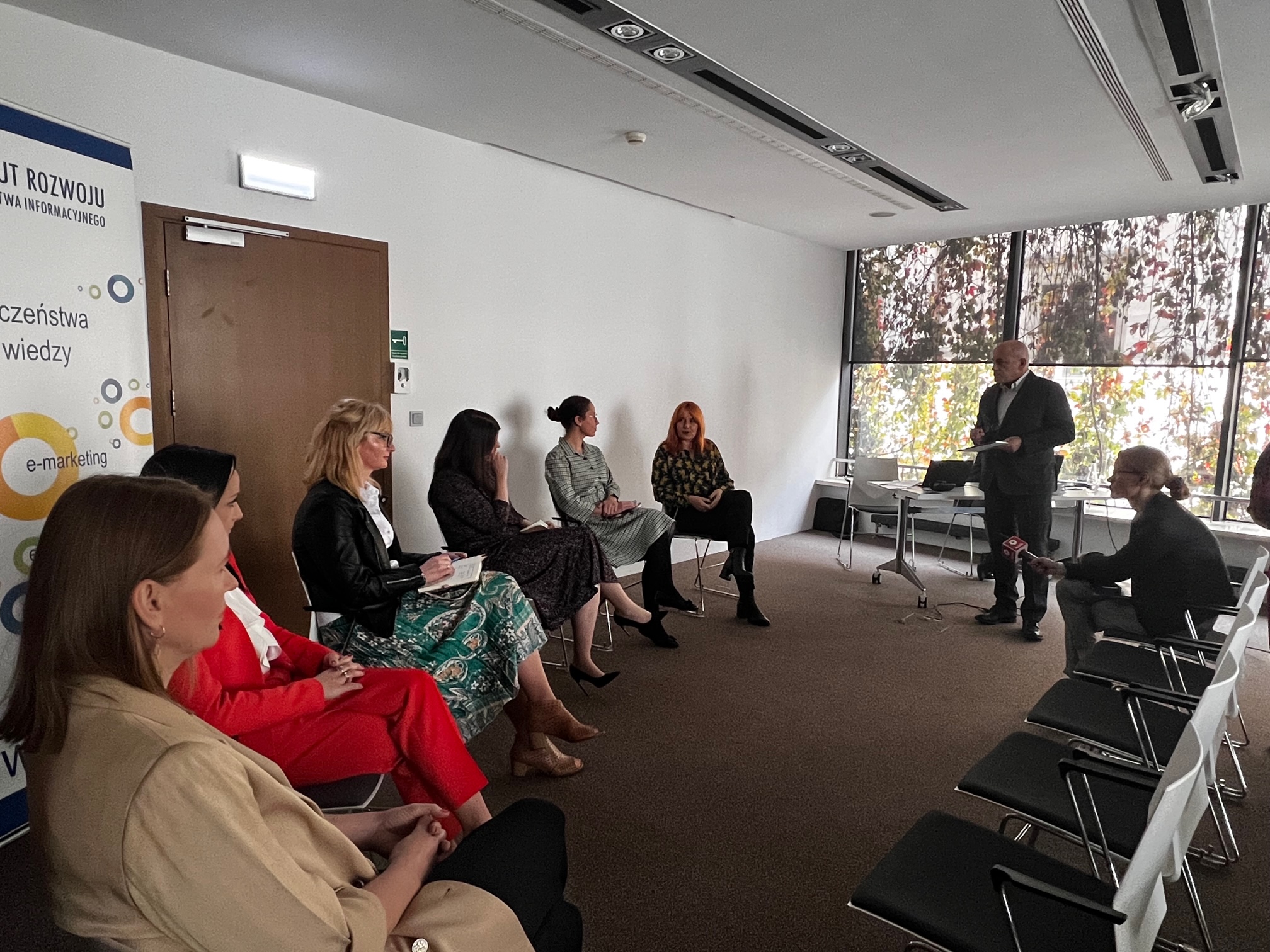 Urszula Podraza, a communication expert, Ewa Dziadyk representing Anna Dymna’s ‘Mimo Wszystko’ Foundation, Nina Gabryś, the Representative of the President of the City of Krakow for Equality Policy, Katarzyna Olesiak, the Director of the Department of Culture and National Heritage in the Krakow City Council, Aneta Pondo, the President of the Miasto Kobiet Foundation and Anna Mirczak PhD from the Pedagogical University of Krakow.

Project findings and statistics for the Małopolskie Voivodeship were presented by co-authors of the research: Przemysław Szuba and Dariusz Tworzydło PhD, a professor from the University of Warsaw. According to Przemysław Szuba, the research assumption was to learn about opinions held by women from each region of Poland, therefore a proportional share of each voivodeship according to the population size criterion was applied. The obtained results made it possible to diagnose the perception of family and professional roles of women in individual regions of the country. The analysis was carried out by the Institute for the Development of Information Society as part of the project titled Life preferences among women in Poland. The research was conducted with the support of the State of Poland Foundation.

Married women were the largest group of respondents in Poland (45%) with less than a half of the respondents having the secondary education. 53% of the respondents are professionally active. According to the conducted research, motherhood is most important for more than a half of Polish women. The important role of offspring as a life priority was indicated by 56% respondents in Poland. At the same time, 27% of respondents declared that they had no children. The result of the national survey also showed that one fifth of the respondents are very dissatisfied with the accessibility of specialist doctors for women (21%) and with the operation of health service for women (18%). It may suggest that the respondents quite often encounter problems with medical care. Only 1% of the respondents expressed their satisfaction with these aspects. Research results on the above issues do not differ significantly from those characteristic for Małopolska and it seems reasonable to think that the national and regional opinions are similar.

Results of the analysis in Małopolska
Supplementary information

The Institute for the Development of Information Society is a R&D institution comprised of independent experts in the area of ICT, administration, statistics and public relations. It was established in 2007. The main goal of the Institute is its scientific and research activity and the practical application of its work results through the implementation of innovative solutions and through education in its broadest sense. The Institute implements promotional, research, conference and training projects.