At this year’s edition of the Megabit Bomb, we explored the issues of climate and sustainable development. As these topics are also important for Krakow5020, we could not miss the festival – and not only because its opening took place in the ICE Krakow Congress Centre whose operator is the company. It was also because we believe that the cooperation with various circles: with artists, scientists, businesses, activists and publicists, will allow us to look at the problem from various perspectives and to define related challenges. 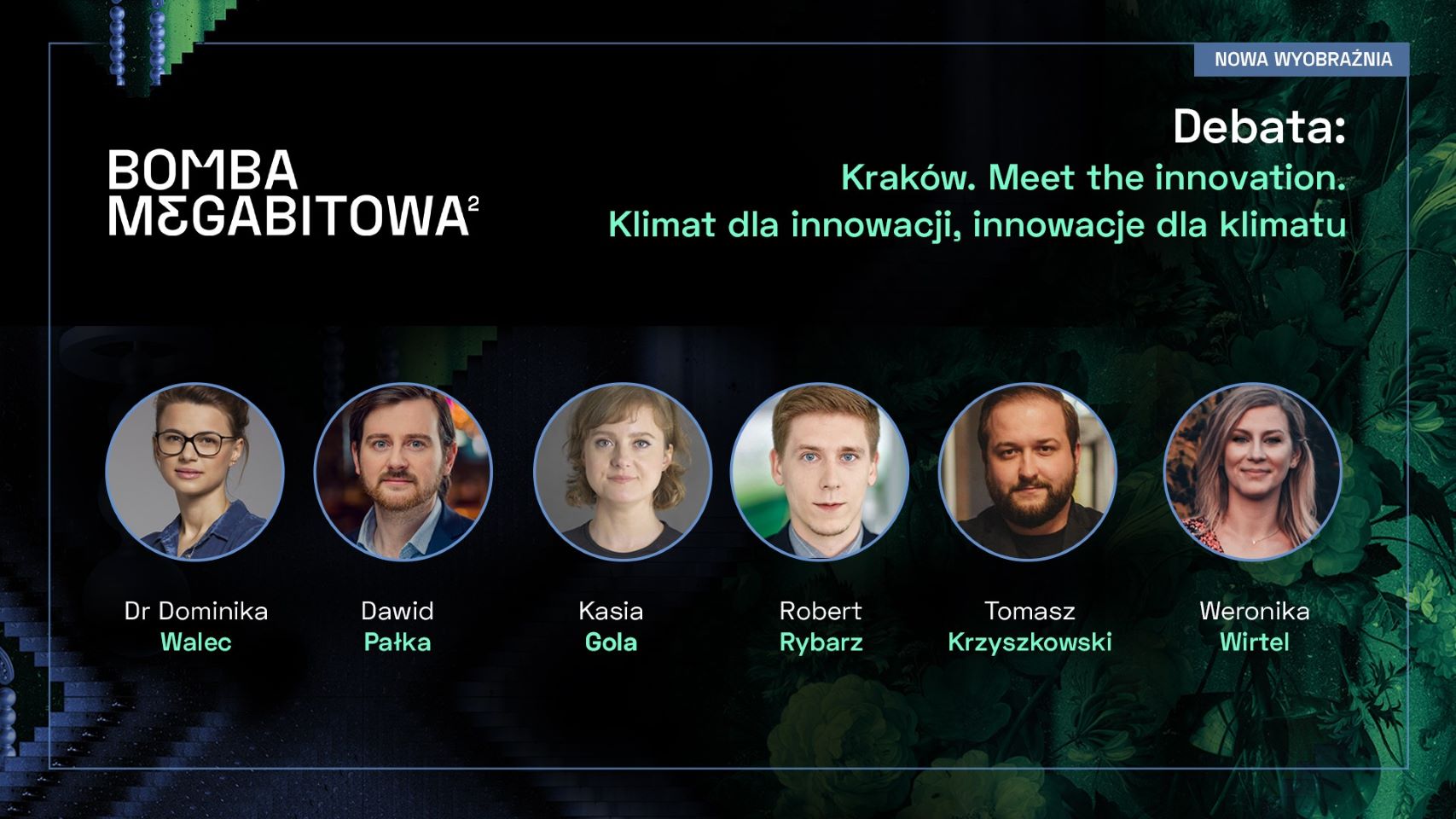 There was a reason why the festival was organised in Krakow. Krakow is not only the city of Lem but also a city with a vision and with a future, a city of new technologies and innovative solutions, novel ideas and a new approach to development. It is a modern and responsible city where the experts’ voices count.

The objective of Krakow5020 is to promote this image of Krakow as a European metropolis, open and tolerant of other cultures and new ideas, a thriving academic centre and a precursor of new solutions. We are attaining these goals by connecting representatives of different industries, by acting within the framework of the Krakow Network project and, in particular, as the Krakow Future Lab group engaging members of the project in further knowledge and experience exchange and in the implementation of good practices. The topic of sustainable development is also close to our hearts; such a policy is implemented in the ICE Krakow Congress Centre at each event organised there.

The Megabit Bomb Future Festival began with the spot produced by Krakow5020 that inaugurated the campaign entitled Krakow. Meet the innovation. The campaign that shows our city as a business-friendly and innovation-friendly place was produced in close cooperation with the start-up community and the OMGKRK Foundation. Participants in the festival could see posters of the campaign in front of the venue and in the Krakow Planty Park. The meeting can be watched here: https://playkrakow.com/vods/vod.3738

Throughout the discussion panel we organised as a part of the Megabit Bomb, we were focusing on topics important to us and tried to find answers to climate issues. Our guests were: Kasia Gola from WEARFITS; Dawid Pałka from Astranate, a start-up that creates shows offering an alternative for pyrotechnic shows, safe, free from dangers and pollution, family- and animal-friendly; Tomasz Krzyszkowski from Seedia that creates solar-powered urban landscaping products (benches, public transport shelters or charging stations for small electric vehicles) and Robert Rybarz from Selectrin, a start-up that helps optimise energy consumptions and costs in enterprises.