Distinguished English orchestra at the last concert in the ICE Classic cycle!

On 10 October, the Krzysztof Penderecki Auditorium Hall in the ICE Krakow Congress Centre will see the performance by the Royal Philharmonic Orchestra ranked as one of the best English ensembles. The concert will start at 19:30. Its organisers are the City of Krakow, KBF and Krakow5020. 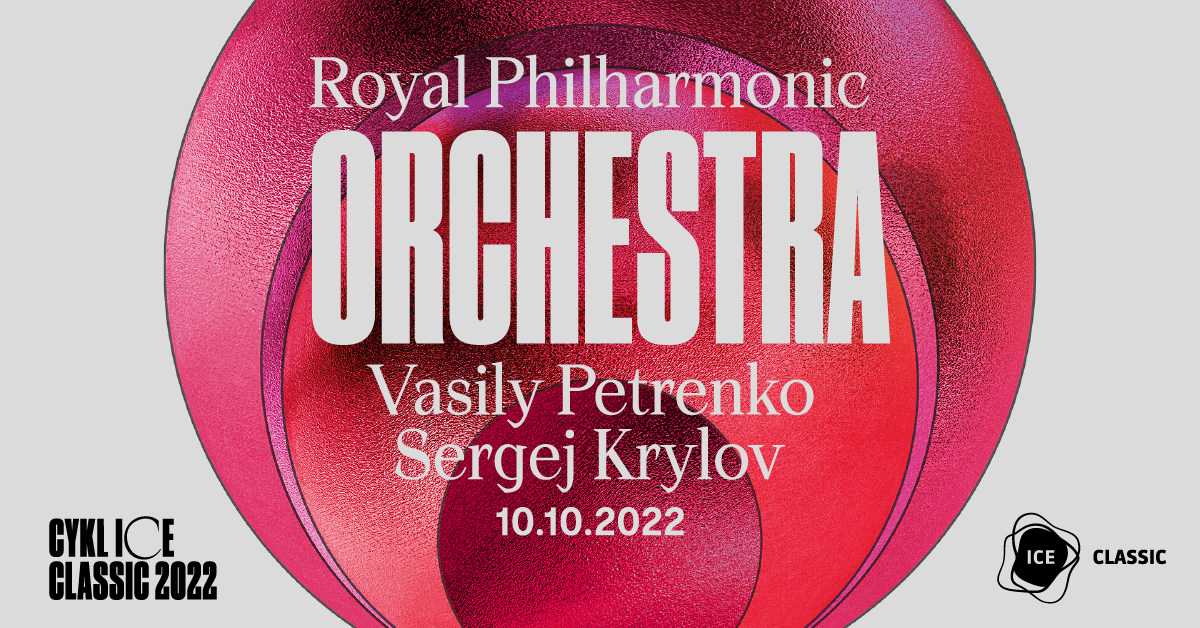 The orchestra was established in 1946 by a legendary conductor and impresario, Sir Thomas Beecham. The evidence of its mastery includes numerous recordings under the baton of the greatest conductors. Directors of the orchestra included world masters such as said Sir Thomas Beecham as well as Rudolf Kempe, Antal Doráti, Walter Weller, André Previn, Vladimir Ashkenazy, Yuri Temirkanov, Daniele Gatti and Charles Dutoit. A renowned British-Russian conductor Vasily Petrenko has been the orchestra’s artistic director since 2021. The artist has made many outstanding recordings highly acclaimed by international critics. For example, one of them is the recording of a cycle of fifteen symphonies by Dmitri Shostakovich published by Naxos.

The concert in ICE Krakow will begin with the Sergey Prokofiev’s Symphony No. 1 in D major ‘Classical’. It is one of those works that marked the beginning of the trend known as neo-classicism in the 20th century music. Prokofiev maintained that his intention was to create a piece that Joseph Haydn would have written had he lived at the beginning of the 20th century. The result was a cheerful, concise piece for a small ensemble in a form typical of the Classical period but modernised in terms of harmony. The entire piece is light and playful, and the composer plays with the listener’s expectations, introducing surprising changes at the least expected moments.

An excellent violinist Sergei Krylov will play the solo part from Max Bruch’s Violin Concerto in G minor. Even though Bruch who belonged to the same generation as Edvard Grieg or Peter Tchaikovsky and wrote many compositions (including two violin concertos), it is this youthful work that is among the most frequently performed and recorded out of his extensive output. Probably contributing to this were the tuneful melodies and the light, joyful character of the music, which gives the soloist the opportunity both to showcase technical skills and to create a lyrical mood.

The evening will end with the performance of the monumental Symphony No. 2 in D major by Jean Sibelius, one of the most outstanding works of Finnish music. Its premiere in 1902 has cemented the composer’s fame. The piece has enjoyed enduring popularity ever since and is the most frequently played of the seven symphonies by the Finnish composer. Its dramatic scheme is reminiscent of Beethoven’s 5th Symphony in which, as Sibelius also planned, the energetic and fast third movement transitions into a momentum-filled final part. In this triumphant finale, Finnish reviewers saw an expression of the aspirations for freedom and soon dubbed it “The Symphony of Independence”. The author himself was stressing the personal expression of the work and called it “a confession of the soul”. An interesting fact is the symphony was one of the first pieces recorded by Sir Thomas Beecham with the Royal Philharmonic Orchestra in 1946. The English conductor presented the potential of the new orchestra in this way and maestro Petrenko will do the same at the Krakow concert.