61. ICCA congress in Krakow is over. The Association has new authorities and there are some Polish accents

With the ICCA congress taking place between 6 and 9 November 2022, Krakow has become the world capital of the meetings industry. The event whose main host was the ICE Krakow Congress Centre attracted 900 participants from more than 80 countries. The organiser of the congress, the ICCA (International Congress and Convention Association) can speak of a great success. The success is even greater because it was not clear until the very end how many delegates could be expected to attend as the war in Ukraine meant that some people hesitated until the last minute. 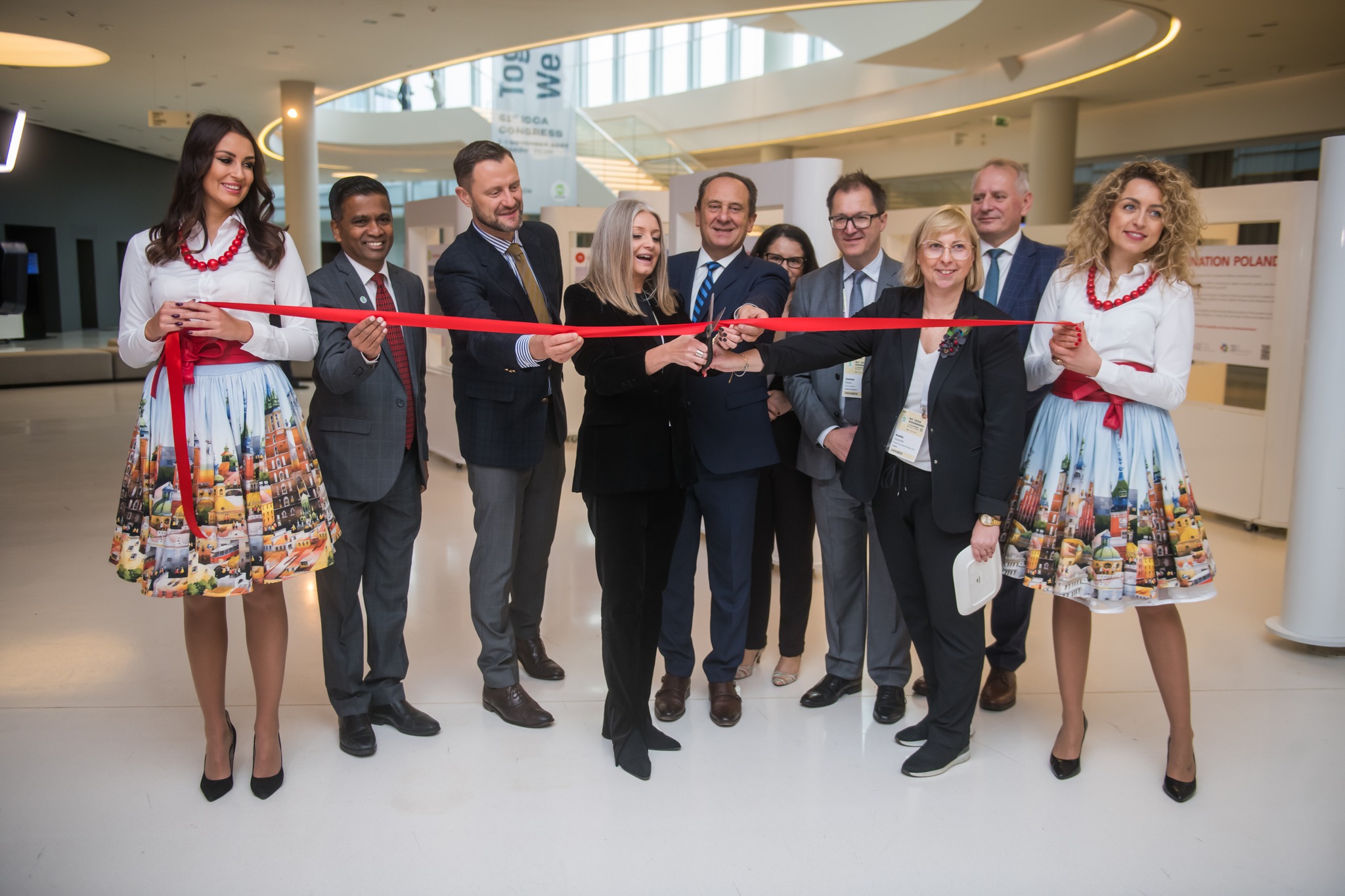 For the first time since the outbreak of the pandemic, representatives of the conference and congress industry met face-to-face at the next edition of the ICCA Congress. They had an opportunity to exchange experience and look for solutions thanks to which the meetings industry will be more effective facing challenges such as pandemics, climate changes and economic crises.

More than 110 speakers appeared at the ICE Krakow stage during the 61st ICCA Congress. Nearly one thousand participants in the events took part in lectures, debates and panel discussions, all linked by the slogan #TogetherWeCan. Diversity and equality in employment, sustainability and environmental protection were the key issues addressed during the congress. The need for solidarity in the face of the war in Ukraine was also an important background in the construction of the programme.

It was impossible to avoid that topic during the event, both at the opening sessions and in backstage discussions. Krakow and its residents involved in helping out received many thanks. In turn, the delegates’ participation in the congress was a strong expression of solidarity with the Krakow and European meetings industry that faces consequences of the war. It is not without significance that the Krakow congress was the first in-person meeting after three years, and its energy was extremely positive.

In addition to the substantive programme, activities proposed by CSR were an important part of the Congress. Delegates could choose, for example, to clean up the Liban quarry area together or to help the Ukrainian community. In cooperation with the local initiative Team Krakow for Ukraine, participants sorted clothes needed for the coming winter. Another group cooked 200 litres of soup as part of the Soup for Ukraine action. Yet another group participated in a Polish handicraft workshop and the prepared cards and gifts were donated to residents of the Ludwik and Anna Helcel House for the Poor.

The delegates also supported the Secondary Education Hostel No. 2 in Nowa Huta where 150 students from Ukraine are accommodated. Numerous Christmas gifts were collected for children and young people: cups and thermal bottles, baseball caps, sweets and toiletries.

New authorities of the ICCA were also nominated during the Congress. The new President is Marta Gomes, the Deputy Executive Director for Sales at Viparis, the operator of 12 large conference venues in Paris and surrounding locations. Two Polish representatives elected through re-election will also sit on the Association’s new board: Anna Górska from Symposium Cracoviense and Marta Wiśniewska from LOT Polish Airlines.

The 62nd edition of ICCA is to take place in Bangkok, Thailand on 12-15 November next year. Delegates from Thailand could see how Krakow handled the organisation of the event and are sure to bring the best organisational models back from the capital of Malopolska. For the majority of participants in the Congress, it was their first visit to Krakow. 70 members of international associations and numerous PCO and DMC representatives looking for destinations for their events participated in the event. They had an opportunity to see the city and make sure that its congress infrastructure and technical facilities are up to the best standards. The professional organisation of the event is the best recommendation and a reason to come back to Krakow.

The majority of events during the 61st edition of the ICCA Congress took place in the ICE Krakow Congress Centre operated by Krakow5020. Some events were planned in other locations in the capital city of Małopolska such as the TAURON Arena Krakow, Stara Zajezdnia Krakow by DeSilva and in the Juliusz Słowacki Theatre. The process of congress acquisition by Krakow began in the spring 2020, had many stages and was very detailed. The success was achieved thanks to the work of the local meetings industry with the Krakow Convention Bureau at the helm, and the entire team of the ICE Krakow Congress Centre, Symposium Cracoviense, CMA Concept Music Art and Alwernia Studios.